Thank you for your inquiry

We received inquiry and someone will shortly be in contact with you.
You will get a notification to your email address.
If you have any questions feel free to contact us anytime.

For Cabin Charter: Weekly departures from Dubrovnik every Saturday starting mid July till end of August.

For Private Yachts: Departures every saturday all year long.

Explore the Elaphiti archipelago, Mljet, Korčula, Lastovo, and much more! From must-see historical towns to secret bays perfect for swimming and snorkeling, from thickly forested islands with pebble beaches to ancient ruins, Croatia has something for everyone. Languid afternoons in the sun, wild nights on the town, fresh mornings with the wind in your hair or under the sea seeking treasure… you’ll be sure to find it, maybe not in a long-lost pirate’s chest, but in the priceless natural and architectural beauty all around you.

Thank you for your inquiry

We received inquiry and someone will shortly be in contact with you.
You will get a notification to your email address.
If you have any questions feel free to contact us anytime.

Arrival at ACI Marina Dubrovnik and embarkation starting from 17:00. Distribution of cabins, placing personal luggage in the cabins and provisions in the holds (foods, beverages, etc.). Dinner and possible evening in the city center of Dubrovnik, the “Pearl of the Adriatic”, beautifully restored within its world-famous mediaeval walls. The evening is the best time to visit, after the cruise passengers have left, and we will be able to discover the wild side of Dubrovnik! 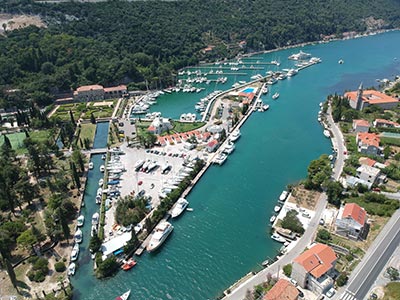 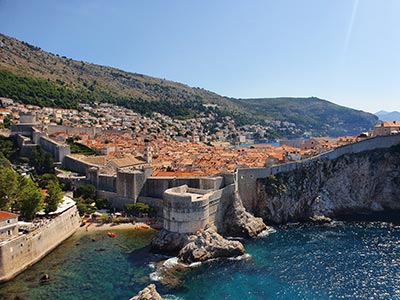 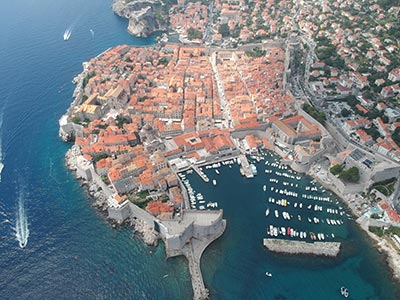 After breakfast, Captain Briefing and sea safety tips, we sail out of the harbor crossing the Elaphiti archipelago to admire the beaches and the bays. We pass the historic villages on the islands of Šipan, Lopud, and Koločep surrounded by olive and citrus groves and pine forests, as well as the tiny islands scattered around them,

mooring in amazing turquoise waters in one of the islands, swimming and lunch on board.

Sailing (1.5h) and arrival to Ston, a beautiful mediaeval city. Its precious and ancient salt mines are protected by the second longest wall in the world after the China wall. Hiking on the walls of Ston, Amazing landscapes… arrival to Mali Ston where we can take a boat tour with the oyster’s farmer to reach their farm and taste their world-famous oysters with their home-made wine while watching the sunset. Amazing landscapes… Dinner in Ston. 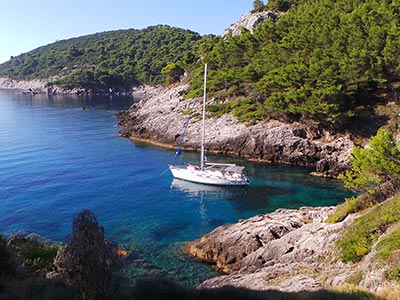 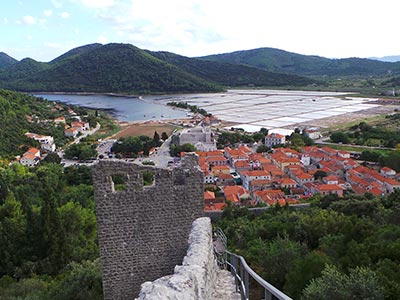 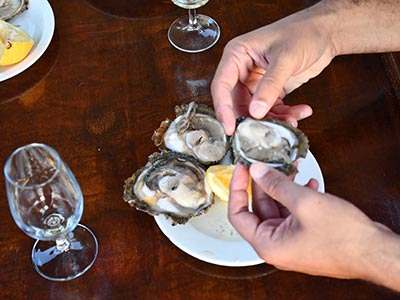 On our second morning we cross the Mljetski Canal for lunch in a bay (4 h) on the west end of the island Mljet, one of the must see, and world-famous Croatian islands. We’ll be in a beautiful nature park, with hills covered in thick pine forests, bright blue water, and two salt water lakes. The larger one, Veliko Jezero, has a mysterious little island of its own.

After our meal we sail to Korčula Town (2 h). According to legend it is the birthplace of Marco Polo. This town once belonged to Venice, and it shows! The narrow, stepped streets are full of opulent palaces and churches with remarkable interiors. For the night we will be moored in ACI Marina Korčula in order to be free to go out and visit this beautiful town, dinner in the best restaurant of the island in a magnificent setting. 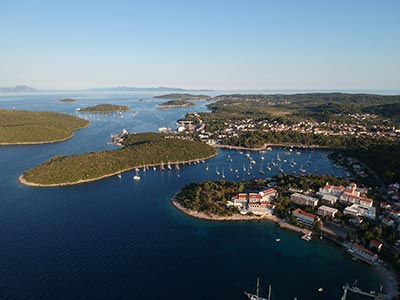 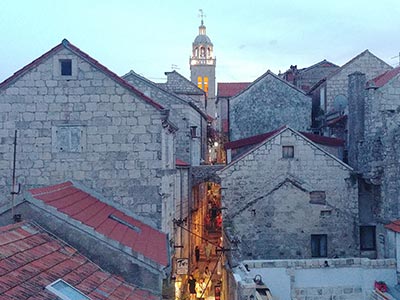 Extending our stay in Korčula for a few hours… impossible to resist its appealing charm; Breakfast in town before sailing to Lastovo island (3 h). Stop for a swim in the crystal-clear waters of Lastovo natural reserve, renowned for its diving spots. This island, though idyllic, is often much quieter than the others being too far from Split or Dubrovnik for day trips. It has a nature park on the west end with the oldest lighthouse of the Adriatic, a lovely village on the north coast, this village was initially a pirate’s village hidden from the sea, today almost deserted looks like a ghost village. We can visit it and discover its legendary Chimneys and traditional wineries where we can go for wine tasting, for dinner we can either taste the traditional cuisine in one of the fishermen konobas or sail to a secret bay that could be our shelter for the night and have a bbq under the stars. 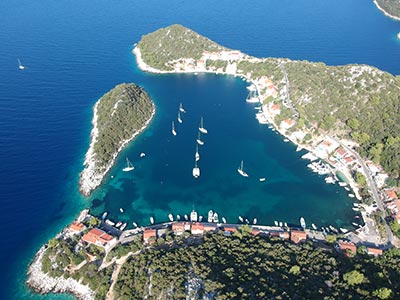 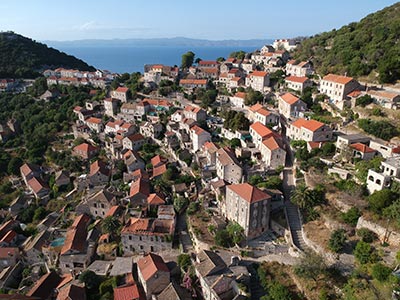 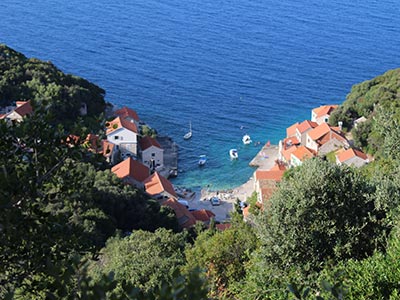 Early departure, and Sailing (2 h) to a small islet in the middle of the sea breakfast in this very special setting and snorkeling in the purest waters just in the middle of the Adriatic sea half way between Italy and Croatia. Sailing to the island of Mljet (2 h) Mooring for lunch and swimming in the most famous natural reserve of Croatia, Arrival to Pomena on Mljet and mooring in our secret address; A tiny family owned restaurant where we dock our yacht just in front of our table, watch the sunset in an unforgettable setting and eat the best Croatian seafood specialties, pasta with Lobster, Langoustines etc. while feeling as if we are part of their family. 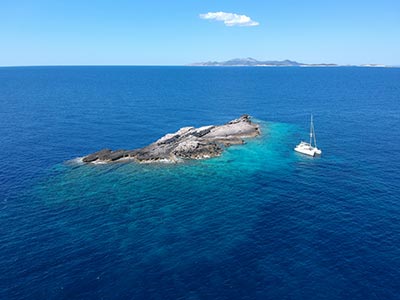 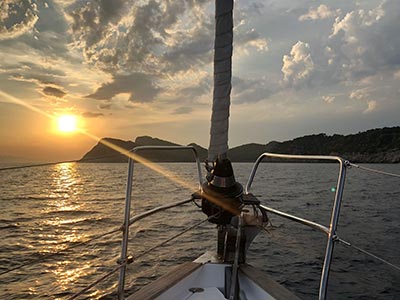 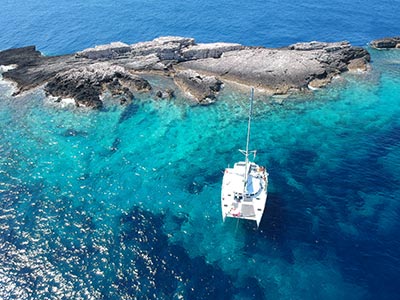 Day 6: (Night in Saplunara on Mljet)

Discovery of the famous lakes of Mljet… we can either rent Bikes or Kayaks to explore the Turquoise lakes and their magnificent surroundings, then take the ferry to visit the historical monastery of Santa Maria on the island in the middle of the lake, a must-see architecture… known for being the most beautiful monastery in Croatia.

Sailing 2h and arrival to “Odyssey Cave” on the south coast of Mljet, if the sea is calm, we will stop for a little break and swim inside this amazing Turquoise water cave. The legend says that Odysseus ship sank near the cave where he remained trapped because the nymph Calypso was ruling the island.

Sailing (2h) to Saplunara bay where we anchor for the night in front of a beautiful wide sand beach, swimming and relax on the beach dinner either on our boat or in one of the nice restaurants on the beach. 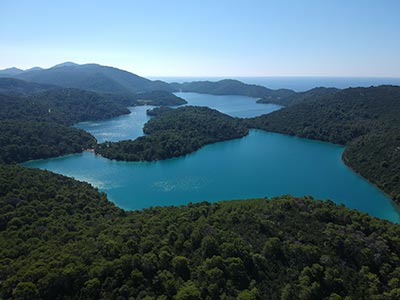 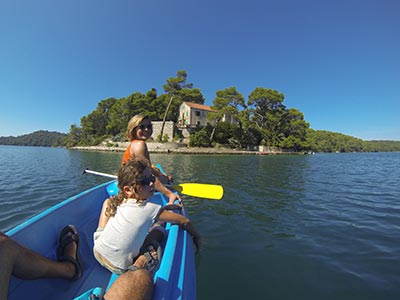 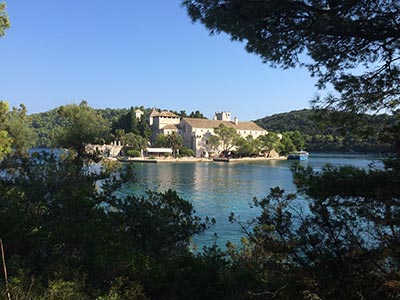 Sailing in Front of Dubrovnik old town, enjoying the unique point of view of the walls and fortifications of Dubrovnik from the sea (setting of the famous “Game of Thrones” series) and mooring for Lunch in Lokrum island in front of the old city, possibility to go for a hike and discover the botanic gardens of Lokrum or just be lazy, relax and swim around the boat.

After lunch sailing to Aci Marina and Mooring at around 4 PM.

Dinner in One of the restaurants around the marina or in the old town of Dubrovnik. 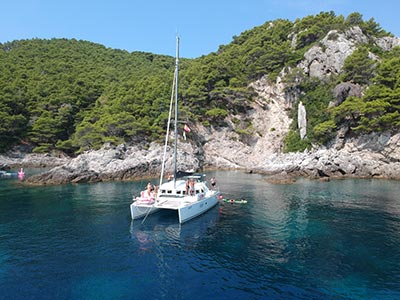 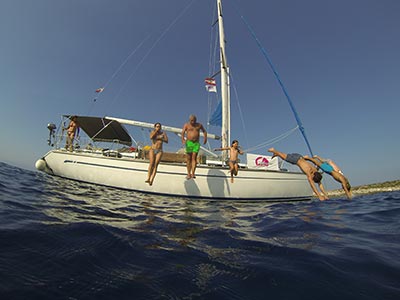 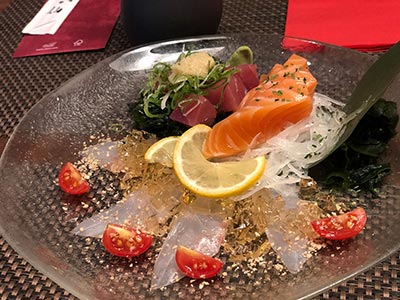 Last breakfast on board, tidying up the boat, packing up, and goodbyes then disembarkation at 9 AM, or possibility of breakfast at the restaurant by the marina pool, then depending on the departure flights time of each one either lazing by the nice pool of the marina or another visit of Dubrovnik historical town. 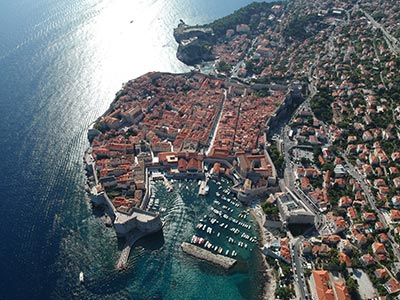 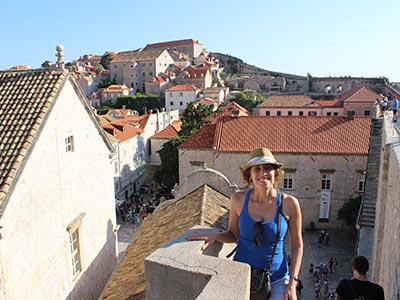 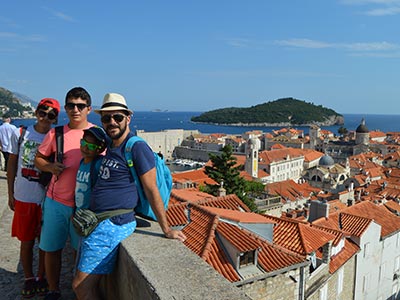